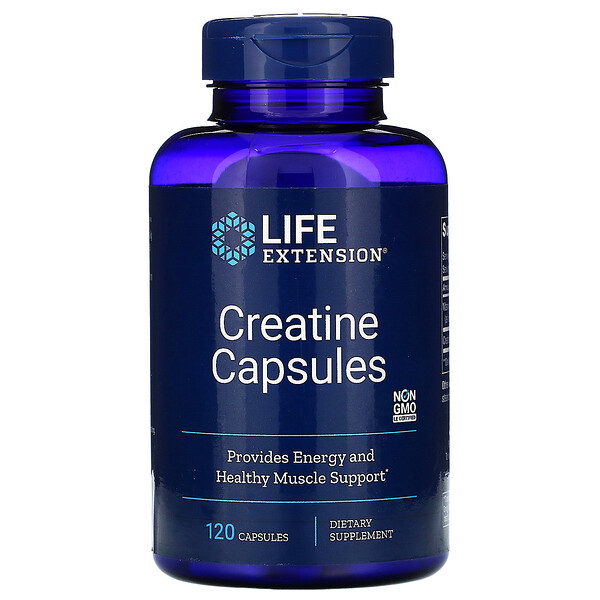 Creatine is an amino acid derivative made naturally in the body and can be obtained in the diet from meat and seafood. It is used as a supplement to promote cellular energy and muscle health.

Creatine is an amino acid derivative found in meat and seafood. It is also produced in the human body, primarily in the liver and kidneys from the amino acids L-arginine and glycine, as well as S-adenosylmethionine. It’s transported in the blood to help support energy for cells throughout the body.

As much as 95% of creatine is stored in the skeletal muscles, with smaller amounts in the brain and testes. About two-thirds of intramuscular creatine is turned into phosphocreatine and stored as a source of phosphate for the production of cellular energy in the form of ATP. In healthy individuals, muscle creatine is broken down and replenished at a rate of approximately 1 to 3 grams a day.

A large body of evidence shows that creatine supplementation can support exercise-induced increases in muscle mass, strength and performance in all age groups and in an array of types of athletic activity. It has been demonstrated to benefit both upper and lower body muscle strength. Creatine exerts various effects on muscle tissue, and several mechanisms have been proposed to explain the increased exercise performance seen after creatine intake:Creatine as you age

Numerous clinical trials have demonstrated creatine has positive effects on strength and body composition and supports muscular performance in older adults, especially when combined with resistance-training. A systematic review of research noted benefits in upper and lower body muscle strength, physical performance and body composition are often seen after 12 weeks of creatine supplementation plus resistance exercise in healthy older adults. Creatine supplementation has even been found to support non-exercising seniors.

The potential benefits of creatine are now known to extend well beyond muscle health. A growing body of evidence suggests creatine supplementation can support neurological and cognitive health. Creatine may also promote healthy mood and have neuroprotective properties. Creatine has also been reported to support healthy lipid, glucose, bone and homocysteine metabolism in older adults.

Caution: Those with impaired kidney function should avoid creatine supplements.